This is our second article covering the German Bundesliga. For the first article, click here. Remember to also check our predictions page for all the latest free bet recommendations! 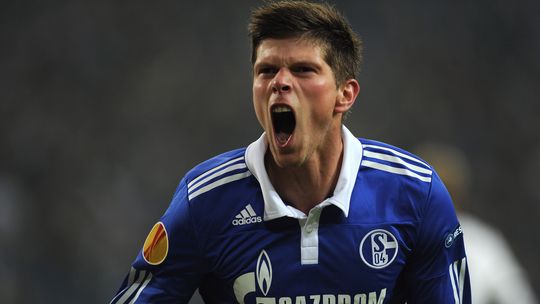 Schalke has been quite unstable over the last few years. Their level when they are playing good is really high, but too often they can perform well below what should be expected of them. Last season they ended in 6th place, but had ambitions to fight in the top. Their coach, Champions League winner Di Matteo, has been fired. Former Paderborn boss Andre Breitenreiter has been brought in, and he is known as a good motivator and a coach that favours offensive style football.

The club’s finances are good, with no debt and a healthy source of income. They have made some good transfers during the summer. Farfan has left the club, after being injured for a great part of last season. Fuchs, the highly offensive defender, has travelled to Leicester, while Jan Kirchoff has returned to Bayern Munich. And worth mentioning is also the midfielder Barnetta, he left the club for future play in the American MLS.

New signings include Di Santo from Werder Bremen. He is a very dangerous attacker that will give Huntelaar some opposition for the mid-forward/striker position. Another interesting player is the midfielder Johannes Geis, he had a great season for Mainz and could perform well for Schalke. Mata Nastasic was originally on loan from Manchester City, but the Schalke has signed him on permanent basis now. The defender Junior Caicara is another interesting addition. He impressed in the Champions League when playing for Ludogorets, and we expect he will replace Fuchs.

Schalke should be fighting in the top of the league this season, as they have a very impressive squad. The question is how stable they are. Their best level of play can match the best level of Leverkusen and Gladbach. But Wolfsburg is probably too good, and there is a noticeably distance up to Bayern Munchen. Schalke has performed well in the pre-season training matches, and was highly effective in the German cup. If they can keep this level of play more consistently during the season, they should be able to fight in the top 4.

Last season was a disappointment for Dortmund, as they only managed a 7th place. The well-known coach Jurgen Klopp left the club, and his replacement is Thomas Tuchel from Freiburg. Tuchel is expected to be more demanding of his players and more direct and hands-on in his approach.

Despite a poor 2014/15 season, Dortmund generated a hefty 300 milion Euros in income. The club has no debt and a great Signal Iduna Park stadium that will continue to give them a healthy source of income. When it comes to average number of attendace per match, Dortmund tops the statistics with a whopping 80,463. This is ahead of clubs like Barcelona, Manchester United and Real Madrid.

The Dortmund squad is big and solid, but Tuchel has regardless brought in his goalie from Freiburg, Roman Burki. Another addition is the solid midfielder Castro from Leverkusen. Ciro Immobile never reached his potential when playing for Dortmund, and he has travelled to Sevilla on loan. The backup goalie Langerak and they young midfielder Jojic have been sold.

Dortmund has performed well in the pre-season matches, both in training matches, cup and Europa league qualification. They have kept a clean sheet for five matches, and scored plenty of goals. Even though it is too early to say for certain, it looks like Tuchel was a good choice as the new coach. Dortmund should have a top three placement as their ambition. But if they will manage this is an open question. Bayern Munich and Wolfsburg are the favourites for the two top spots, so Dortmund will have to fight off Leverkusen, Gladbach and Schalke to take the third place.