Man Utd took another three points but were not convincing again in another 1-0 win. Aston Villa failed to turn up and Tim Sherwood must be tearing his hair out. Van Gaal was annoyed at the performances of Rooney and goalscorer Januzaj and has a funny way of instilling confidence. United have to contend with a double header in Champions League now in playoffs – they face Club Bruges in 2 legs and have Newcastle in-between. Villa head to Palace in what looks a tough assignment.

Newcastle was defeated at Swansea, losing 2-0 and defender Daryl Jaanmat to suspension after a red card.  Swansea was fully deserved of the win and looked very good going forward. Attacking duo Ayew and Gomis scored again to make it 4 in 2 for the strike force.  Jefferson Montero was the key again as he tormented Jaanmat until the Dutchmen decided he would rather have an early bath that chase the Ecudorian.  Swansea head to Sunderland and 2.15 or 23-20 (bet365) looks a bit of early value. As already mentioned Newcastle head to Old Trafford, but the Mancs are out of sorts and should be preoccupied by the Big Cup and Toon could be worth a bet on the high handicaps.

Southampton was totally smashed at home but a rampant Everton 3-0. A scoreline even the staunchest blue nose would have predicted.  Everton had a secret weapon in a horrific bile coloured  kit which I suspect made the home side both dizzy and nauseous.  Everton were superb in all honesty and Barkley ran the show with Lukaku and Kone running and making space for the entire game. Lukaku in particular looked unstoppable and Everton will use this performance as a benchmark for him. Southampton head to Watford which is interesting at The Hornets gave Everton a torrid game on opening day at Goodison so represent some value using the formline.  Watford draw no bet at 1.99 with Ladbrokes but the price in under threat!  Everton host leaders Man City and usually raise their game at their home patch and could have a chance. 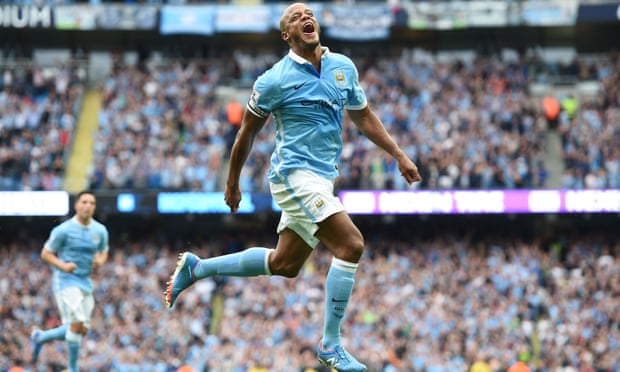 Man City won 3-0 again at the weekend but if you listen to Mourinho it was a fake result and the final score was 1-0.  City looked very good indeed and are deserved outright favourites already (5-4 bet365) Sterling, Silva and Aguero were faultless in attack and ran Chelsea ragged.  City were solid in all areas and defended well in blocks of two.  Chelsea attacked early on but looked very one paced and I fear Abramovich will be at the cash machine this morning with a huge bag. Transfers must be made.  City travel to Everton at the weekend and for me that could be their toughest game to date. Chelsea travel too, taking on West Brom which should be their 1st win of the season.  Chelsea at 7-10 or 1.70 with Skybet looks huge – even if they were poor yesterday.

West Ham were defeated by Leicester in  a very even contest. West Ham was on top but could offer nothing going forward while Leicester were very clinical. Mahrez grabbed his third goal in two games while Japanese international Shinji Okazaki was arguably the best player on the pitch with a goal and an assist.  West Ham had further misery as keeper Adrian was sent off in the dying minutes and will miss the next match. West Ham host Bournemouth (who play tonight against Liverpool) While Leicester test their 100% record against Spurs.

Tottenham played a classic Spurs game against Stoke.  They lead 2-0 on the hour mark amid a dominant performance. When better teams would look to kill the game they decided to make it more interesting. Stoke surged in the last half hour and Spurs couldn’t handle the pressure.  Stoke have Shakiri available for their trip to Norwich. Spurs go to the goal machine that are Leicester and that’s two interesting games.

Sunderland was awful again and prop up the rest of the table after 2 straight losses. Defending was abysmal and they could hardly string a pass together. They huffed and puffed and looked pedestrian compared a Norwich side favourite for the drop preseason. Sunderland was totally crap and unless they bring in Suarez, Messi and Ronaldo they won’t escape the drop. Sunderland host Swansea while Norwich hosts Stoke.

Watford and West Brom played out a 0-0 draw that was received differently by the sides. Watford got an ovation on leaving the pitch while West Brom looked very disappointed. However for me Watford were the better side with crisper passing and some good movement. They looked a bit toothless in the final third though. West Brom has only had 2 shots on goal in 180 minutes of football. Word is that Saido Berahino will be sold to finance some players in. Watford host Southampton while West Brom will lose to Chelsea.

Last match of the weekend was a thrilling football contest between Palace and Arsenal. Some great passing and possession football from both sides made this a great watch. There was actually little between both sides and that is more a positive for Palace. I felt Arsenal were lucky to end the game with 10 men as some rash challenges from Coquelin should have seen him leave the field.  At the end of the day Arsenal showed more brains. Palace host Villa next game and that should be a good indicator for them while Arsenal hosts Liverpool in a top 4 decider.