With both the English Premier League and the German Bundesliga season openers behind us, it is time we look at how the opening rounds have affected the outright markets.

The Premier League season is long, with a total of 38 league matches. But already two matches into the season, we have seen some big odds movements. Chelsea was the clear favourite before the season, and Manchester City was the second favourite with odds around 3/1. After the poor performances by Chelsea (2-2 at home to Swansea and 0-3 loss away to City), the bookies have changed their minds and City is now the favourite ahead of Chelsea. You can even get a higher price on Chelsea now, than you got on City before the season started. Coral is offering the highest price of 4/1 on Chelsea to take the title.

Arsenal started the season with a disappointing loss 0-2 at home to West Ham, but managed to bounce back and beat Crystal Palace 2-1 away without really impressing. The outright odds on Arsenal is slightly higher now compared to pre-season, you can now get 9/2 with PaddyPower.

Manchester United has started the season with two wins, 1-0 at home to Tottenham and 1-0 away to Aston Villa, but has not impressed. The odds on them to take the title are pretty much the same as before, and you can for instance get 11/2 with BET365.

Liverpool is another team that has started with two wins, 1-0 away to Stoke and 1-0 at home to Bournemouth. Neither match was impressive performances, but some welcomed wins that should boost Liverpool’s confidence level. Odds on Liverpool to take the title is now 20/1 with BET365. 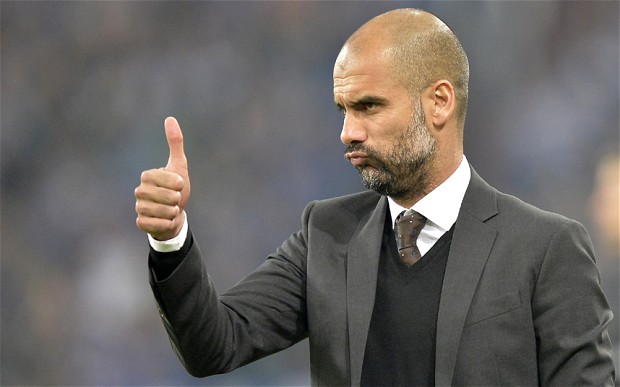 The Bundesliga kicked off last Friday, when Bayern Munich beat Hamburger SV a whopping 5-0. Bayern was naturally the big favourite before the season, and the odds have not exactly gone up after that impressive start. But behind Bayern, there have been some changes.

Wolfsburg was the second favourite to take the league title, and they won their first match 2-1 at home to Eintracht Frankfurt. But despite this, the odds have gone up and you can now get 25/1 with PaddyPower! The reason for this we can find in the match between Borussia Dortmund and Borussia Monchengladbach. Gladbach was expected to fight in the top four to six positions, and is by no means an easy opponent. But Dortmund destroyed them 4-0 in the season opener! No surprise then that this affected the outright market, with Dortmund currently offered at 16/1 by BET365.

The other top teams also won their matches. Schalke beat Werder Bremen 3-0 away and Bayer Leverkusen beat Hoffenheim 2-1 at home. So it looks set for a very exciting season, at least when it comes to the fight for the top positions behind Bayern Munich.

All of the above bookmakers have attractive bonuses, so make sure you take advantage of these when registering: