Newcastle opens up game week four with a match against Arsenal at home.  Newcastle are yet to win in the league with 2 draws and 1 loss. New signing Florian Thauvin was superb in midweek Capital One cup and assisted three and scored 1 goal.  Emmanuele Riviere is long term injury while Moussa Sissoko is out also.  Arsenal has 1 win, 1 draw and 1 loss in a shaky start. They drew with Liverpool on Monday in a classic “game of two halves” Petr Cech kept then in the game 1st half but 2nd half they battered Liverpool and 0-0 was fair enough in the end.  I cannot see anything other than an Arsenal win and -1 at 2.09 Pinnacle looks good.

Aston Villa against Sunderland at Villa Park looks a nap for goals. Click here for more info on one of our headline bets.

Chelsea host Crystal Palace and all is not well at Stamford Bridge. Chelsea are continually being rebuffed by Everton over John Stones and Juventus are not playing ball with Pogba either. On the pitch Chelsea are yet to hit top gear and Palace could cause a few problems. Chelsea are on 4 points after 3 games after 1 win, 1 draw and 1 loss.  John Terry is suspended while Baba Rahman is not fully match fit. Palace have looked good in each of their games so far, winning 2 and losing 1. The loss was against Arsenal and Palace more than matched the Arse for most of the game. Spironi and Jedinak miss out for Palace who doesn’t have Bamford available here due to him being Chelsea.  We take Crystal Palace +1.5 at 4-5 or 1.80 Unibet.

Stoke host West Brom in a very tight game at The Britannia. Stoke have yet to win in the Prem after 2 draws and 1 loss. They drew with Spurs and Norwich but lost to Liverpool opening day. Stoke have Odemwingie and Shawcross unavailable but have Bojan back to fitness. West Brom have not won either this season after 1 draw and 2 losses. They nearly beat Chelsea at the weekend in a crazy game.  A 3-2 home loss was close with West Brom throwing everything at 10 men Chelsea after John Terry lost his cool.  Neither side is at peak form yet so I think Draw is best option at 3.50 or 5-2 Sportingbet. 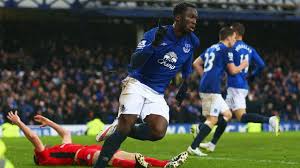 Tottenham v Everton is arguably the game of the day at White Hart Lane. Spurs though are in muddled form. Performances have gone from sublime to ridiculous, often in the same game.  Two draws and one loss. Losing to Man Utd after outplaying them, then drawing with Stoke and Leicester. Eriksen is injured while new signing N’Jie is not considered fit enough.  Son Heung-Min has not yet received clearance to sign so is not included. Everton are missing a few but no new losses. Brendan Galloway remains a doubt and Leighton Baines misses out with Steven Pienaar, Tony Hibbert and Darron Gibson. The Blues have looked really good at times this season and have 1 win, 1 draw and 1 loss. They matched Man City last week for the 1st hour but succumbed late and never looked like getting back into the game. We prefer Everton and the draw (Everton +0.5) at 1.98 Pinnacle

Liverpool welcomes West Ham to Anfield and should take the three points. They have let Markovic and Balotelli go over the week on loan. Two passengers who contributed little last season. They will be without Henderson and Lallana due to injury.  Liverpool are well placed in the league after 2 wins and 1 draw. They have still to concede after 6 hours of play. West Ham has 1 in and 2 losses, beating Arsenal on opening day they have lost to Leicester and Bournemouth. Joey O'Brien, Enner Valencia  and Mauro Zarate remain out, while Andy Carroll is nearing fitness. Former club captain Kevin Nolan was told to leave in midweek in a shock move. Keeper Adrian and Carl Jenkinson are both suspended.  West Ham are in a sorry state and should not be able to match Liverpool. Liverpool win to nil looks a bet at 11-10 bet365. 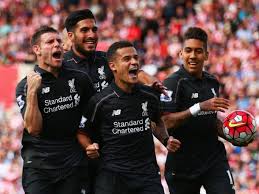 Southampton host Norwich in the opening Sunday game. Southampton exited the Europa League with a whimper after continental giants Midtjyland beat them over two legs. That Thursday night game always leaves teams with a weekend hangover and not many manage to fight on both fronts. Ryan Bertrand and Jordie Clasie are unavailable as is long termer Fraser Forster. Norwich look to have adapted well to life in the top flight. 1 win, 1 draw and 1 defeat but more than that they look strong in all areas and confident.  Lewis Grabban is suspended and will not feature. We like Norwich +0.5 at 1.89 Pinnacle.

The last match of the week before the international week breaks the Prem is Swansea v Man Utd. Swansea have been solid in opening with 1 win and 2 draws. A win over Newcastle to go with draws over Chelsea and Sunderland. They should have buried Sunderland last week but missed a few chances. Man Utd looked a bit flat at the weekend and a 0-0 with Newcastle was deserved. They have had two games against Club Brugge in the last week too. They progressed with a 7-2 scoreline but looked wide open defensively at times. Rojo and Jones miss out again while De Gea will sulk on the sidelines as usual. Sergio Romero is yet to concede in the league so no problems as yet. We prefer Swansea +0.5 at 1.75 with Betvictor here.

Good luck for the weekend and may the force be with you.