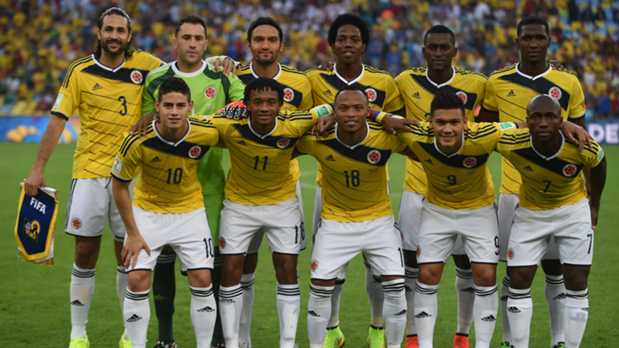 Group B should be a stroll for Brazil but Colombia are a capable side. Peru and Venezuela will likely battle for that possible 3rd spot.

Ok let’s break down the teams with some outright betting,  Group Winners and anything else that presents itself!

Colombia are a side packed with talent but seem to have been overbalanced with class strikers.  They have 4 top quality frontmen and two class attackers in Rodriguez and Cuadrado. They are solid enough at the back but am not overly convinced by the defence. They have the ability to go all the way here but as they have shown time and time again (just 1 Copa America) they tend to implode.

Colombia are in top form though as they are on the back of 7 straight wins with 17 wins and 2 goals conceded with 5 clean sheets. Level of opposition hasn’t been the highest though with games against El Salvador,  Slovenia and Kuwait.

Take the Group straight forecast of Brazil 1st Colombia 2nd at 1.90 or 9-10 with Ladbrokes.  I see Colombia taking the 2nd place spot here. That would set them up with a quarterfinal against either Ecuador or at a push Mexico reserves. Although most would go with Colombia to make the semis I am going for the surprise result here and take them exiting at quarters. Although Rodriguez is the man in form for me Colombia will start with Falcao. Allthough hes somewhat out of form I believe he will be reinvigorated by his return to South America. Take Falcao top Colombian goalscorer at 3.25 or 9-4 with Bwin.