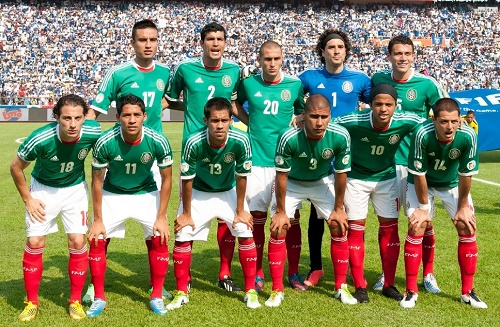 Group A on is a very tough one on paper but looking past the teams we can narrow it down in our favour.  Top two sides qualify automatically with the next best two teams going through. So every game will be worth playing 100% for as a side could go through with 3 points!

Ok lets break down the teams with some outright betting,  Group Winners and anything else that presents itself!

MEXICO (Ranked 6th if in Comnebol)

Mexico would have some good claims to the competition if they would give it top billing. However they very rarely send a 1st choice team.  They have chosen to send a side of fringe players and younger squad members.  Rafael Marquez has over 100 caps but the rest of the side  are all pretty much under 30 senior caps. We do have some class players though still. With Marco Fabian seeming to have been around for years (still only 25 but 50+ goals in Mexican Primera)  young striker Raul Jimenez has had a tough time at Aletico Madrid but he has scored a goal every 2.50 games in Mexico.

Mexico have eyes on Gold Cup so this side will not be expected to go far. I can see them grabbing 3rd place and a crack at the knockout stages.  It really is a lottery after that as penalties after 90 minutes mean teams can just dig in and play for the draw and the coin toss of penalties. If Mexico finish 3rd as I expect them too in Group A they will 1st of all have a wait to see if they are 2 of the 3 best 3rd placers – then they will likely play Argentina in Quarter –final. So its Adios Mexico.

You can get odds of 1-2 or 1.50 on Mexico to qualify for quarter finals with Betfair. Its not going to make you rich but with upto three teams qualifying it looks a bet.  The only value I see in this 2nd string Mexico side is top team goalscorer. Marco Fabian is a player I have seen many times and the young Olympic Gold Medalist (London 2012) was instrumental in most of the youth campaigns for Mexico. His record at youth level of 15 in 20 is superb for an attacking midfielder.  His senior record of 6 in 26 is useful given he hasn’t had a full run in most games.  He has 1 in 4 at league level with over 50 goals in 200 league matches. I take Marco Fabian at 10-1 Top Mexican Goalscorer at Betvictor.