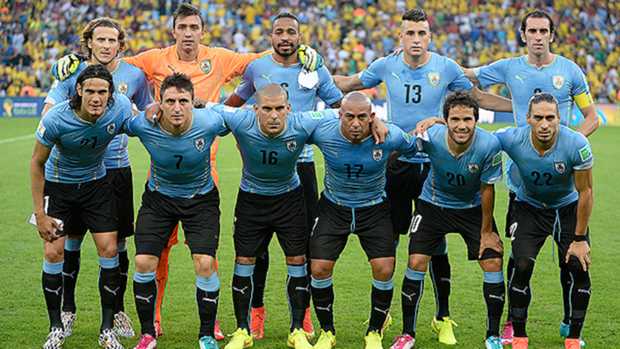 Group B looks a straight up win job for Argentina.  Uruguay are missing a few players and the main man in Suarez. Paraguay are at their lowest for some years and Jamaica are well Jamaica.

Ok let’s break down the teams with some outright betting, Group Winners and anything else that presents itself!

Uruguay are counting the cost of not feeding Luis Saurez as the bite on Chielini has racked up a huge ban that means he misses this tournament. Injuries have struck too with Gaston Ramirez and Martin Caceres missing. Uruguay have been in good form but they have played a few of the lesser lights in Guatemala, Oman and Morocco. There is no denying that Uruguay know how to win though. They have a tough mental attitude and their win at all costs approach could yield dividends for them – even without Suarez.  Edinson Cavini will come to the fore I am sure of it. He is not a good a striker when he plays 2nd fiddle – proof was in the World Cup when he was pretty immobile as Suarez played almost alone. Take his stint at PSG where he has the peacocking Ibrahimovic to deal with – then compare that to when he was main man at Napoli. I do believe he will shine here.

Uruguay should be able to take third. I think they are able to grab a point max against Argentina. They can beat Jamaica and will have a draw at worst against eternal rivals Paraguay. I take them to get 2nd. After that they should be up against Brazil. Now here its almost impossible.  Their only hope then on in is a penalty shootout. However I cannot see them getting a result against Brazil – so it’s a quarter final exit for La Celeste.

There are a number of options here for betting. I am taking a straight forecast on Group B on Argentina 1st and Uruguay 2nd at 1.83 (5/6) with Labrokes.  BWin have them in at 1-2 or 1.50 to finish 1st or 2nd which looks good to me – and is confirmed  value as Hills go 1.20 or 1-5. I think they will make the quarter finals but cannot see any further than that.

Use the links below to read all of our other Copa America previews (group C will come soon):